“Teachers lead while learners follow.” Observing and understanding this is not only valuable, but useful. In my opinion both paths are of equal importance. If there isn’t balance between the two, then our potential cannot be realized. Both skills must be stretched and practiced if we are to manifest progress in the direction of our dreams. In my dictionary the word describing the willingness to learn is “humility” while the best fit for teaching would be “tolerance.” The combination of the two equals “determination.”

In the United States we have a system that pumps out learners by the millions. Some have this skill down quite well by the time they don the cap and gown; others shun the idea of being seen as part of an antiquated and neglected system. In any case the other side of the equation is severely lacking; we do not spend nearly enough time teaching others how to teach.

Learning is absorbed in reactionary form. Teaching is presented through action. When we reach forward with humility, asking for guidance and help from those we wish to align with, while at the same moment reaching back with an attitude of tolerance to offer those seeking encouragement and experience, we strengthen the chain of humanity. I’ve felt for a long time now that one of my primary goals in life is to find someone to replace me. This requires me to pass on what I know as well as what I feel.

Perhaps this chain of humanity has been staring at us for a long time now, but no one has bothered to connect the links. I say we require students with higher grades to tutor those with lower grades. Not only that, but make this ACTION one that crosses the borders of grade levels as well. A fourth grader who struggled with reading in first grade, and now does well, would then have motive and experience to help another younger student in a similar position. The teacher in charge of the older or more informed pupil would have the responsibility of supervision and making sure the lesson would proceed with tolerance and patience on the part of the higher educated student. This action would then get evaluated just as any other subject would. The approach doesn’t even need to be all that deeply involved or strenuous. If it’s just an anchoring point to habits that can be expanded later in life, then the effort should be well worth it.

I honestly hope you don’t have common ground with how the system treated me. I remember thinking most of what was being shoved my direction was pointless. It was a burden to absorb and then quickly forgotten. Other than the occasional whipping I endured for anything below a “C” there was little motive for good grades, at least in my personal life. Luckily that wasn’t too often. If a program of reward other than a letter was in place during my days in the classroom, I might have found more motivation. When we help others we find the root of purpose.

To be honest I’ll be 51 soon and obviously a long time away from public school. We also don’t have children, so that distances me even further from the problem. There may indeed be such a program out there similar to what’s been laid out here. If there are, I, and everyone I’ve ever talked to, are unaware of it. I have indeed looked for evidence of one, but found nothing yet. 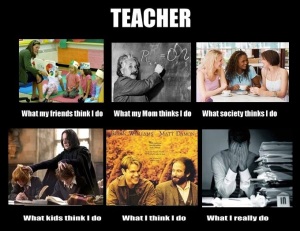 There’s no doubt that teachers today are overworked, over-blamed, and under-appreciated. They are in no way responsible for unacceptable behavior from students, yet society has pushed more and more for an image that equals a surrogate parent rather than an instructor. If we want a strong future from our children, then we must shift the responsibilities of how information is presented and absorbed. A passion to learn (and teach, of course) is NOT bred in school, it’s practiced in school. The roots of encouragement in both directions are (generally) watered at home. Although they try, teachers can only do so much to leverage interest. If students began teaching and sharing between each other with an enthusiasm encouraged by their parents, this might free the educator to involve themselves more personally with those individuals who need it most.

If what’s missing from most the human experience is compassion, understanding, empathy, composure, and humility then I see no reason this program would not eventually fill the void now occupied by selfishness, judgement, indifference, impatience, and arrogance.

Want to call me?